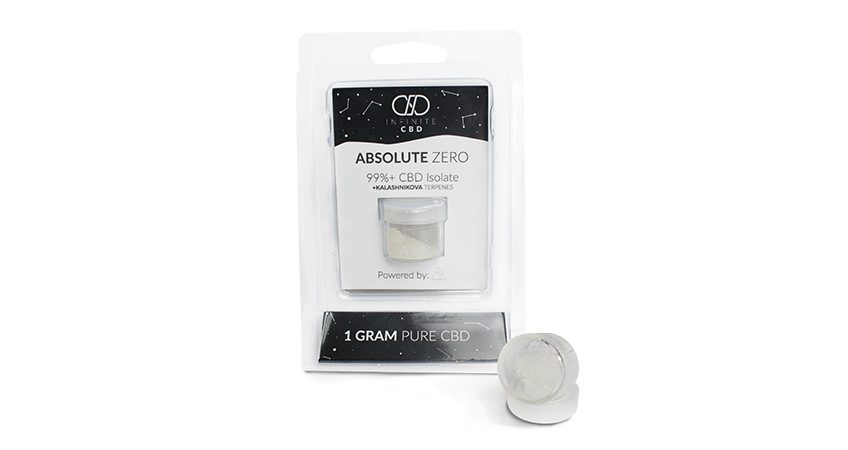 What is Absolute Zero?

Infinite CBD is thrilled to introduce yet another new product to the company. Most of all, we have launched Absolute Zero which is now available online for purchase. Absolute Zero is a dabbable product that can be enjoyed through a variety of methods. Add to your go-to vape pen or take a few dabs off your favorite vessel for fast-acting relief.

Absolute Zero from Infinite CBD is a cannabidiol product with the enhancement of cannabis-derived terpenes to elevate not only the flavor but also the therapeutic effects. Terpenes work with the cannabinoid of CBD to contribute to the entourage effect. Currently we offer the following terpenes.

Terpene Strains and Their Effects

AC/DC produces a strain with a CBD to THC ratio of 20:1. Since the terpene strain already has high CBD levels, the effects of Absolute Zero are increased when AC/DC is added. Due to its high CBD content, the strain AC/DC is known to relieve people of their pain, anxiety, epilepsy, multiple sclerosis and even helps to eliminate negative effects from chemotherapy.

In this high CBD strain, myrcene is the most dominant terpene profile found in AC/DC. Myrcene is in many common plants such as; mangoes, basil, wild thyme, hops, lemongrass, and parsley. The effects of myrcene include feeling “couch-locked”. Once consumed, a feeling of sleepiness will take over sending you off into a nap or sleep for the night.

Benefits of myrcene are;

The Kalashnikova strain is a cross between AK-47 and White Widow. It was named after the creator of AK-47, so the strain packs quite the punch. This indica-dominant strain is perfect for those looking to relax or need help sleeping. Kalashnikova sends you deeper and deeper into a hazy state-of-mind which will release creativity and make you lazy. As the high sets in, relaxation will begin to build leavening you extremely sleeping, yearning for a nap.

Two major terpenes found in Kalashnikova are linalool and caryophyllene. Linalool acts as a sedative and is found in many plants and flowers like lavender. History shows that since ancient times linalool has been inhaled as a way to diminish depression, inflammation and stress.

Benefits of linalool consist of;

Caryophyllene is a spicy, peppery terpene that is in many spices like; black pepper, cinnamon, hops and cloves. This terpene is know for its anti-inflammatory properties.

This indica-dominant strain will make you feel so at ease that the eyes will become heavy and you will find yourself drifting off to sleep. A cross between heavy-hitter, AK-47 and pain relieving, Sour AK, eliminates stress and fatigue to provide a sense of euphoria, calm, numbness and appetite gain. Upon consumption, the user will be mellow yet feel happy in mood.

Since Sour AK is an indica-dominant strain it only makes sense that the terpene myrcene has a strong presence. A high myrcene content in cannabis strains present extremely lazy effects, leaving you not wanting to do much.

Benefits of myrcene consist of;

Can’t fall asleep? Tahoe OG is perfect to cure insomnia to provide the consumer with a well-rested night sleep. The effects are fast-acting which allow the brain to relax. Tahoe OG proves that it is a useful strain for muscle spasms and pain, anti-anxiety and to improve one’s mood. Recommended to consume at night or right before bed to feel the quick, sedative effects of the strain.

Linalool is a dominant terpene within the Tahoe OG strain. This terpene is an anti-inflammatory to bring relief to the body’s aches and pains. Tahoe OG is proven to help modulate motor movements. Due to the sedative effects of linalool, consumption will help one to fall asleep and stay asleep throughout the night.

Benefits of linalool are;

Watermelon is a favorite strain among many consumers. While delivering medical benefits to the consumer, the mind will be clear to focus on day-to-day tasks. This is an indica-dominant strain that will leave them lazy but others prefer Watermelon during the daytime even though it is for night use. One will feel sedative properties but with an energized mind and improved focus.

A primary terpene found in Watermelon is caryophyllene which has many medical benefits. It is the only terpene that interacts on the CB2 receptor. Caryophyllene has cancer fighting properties.

Benefits of caryophyllene are;

CBD AND ENDOMETRIOSIS; THE RELATIONSHIP 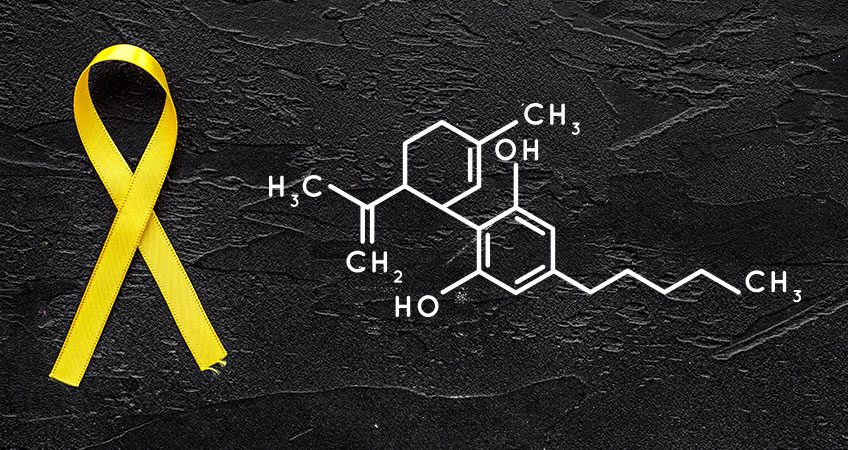 The Unique Role Between CBD and Endometriosis

In today’s society, there are many different expectations, pressures, and stress that affect each of us. Women in particular have overcome numerous challenges, battles, and stereotypes, which continues to this day. What sets women apart from men is not only their biology, but the hormonal changes they undergo month after month. On top of menstruating every month for several decades, millions of women struggle with endometriosis. Endometriosis is a disease of the female menstruation cycle. Although endometriosis is normally a chronic disease, natural remedies can help. Specifically, there is a strong link between CBD and endometriosis. Besides the unique role between CBD and endometriosis, the body’s endocannabinoid system plays a role in this area as well.

All humans and mammals have an endocannabinoid system (ECS). For us humans, the ECS plays a role in regulating different functions such as the following: secretion of hormones, stress response, food intake, glucose metabolism in muscle cells, lipids synthesis, etc. The endocannabinoid system also helps the human body achieve and maintain homeostasis. According to one report, the elements that are a part of the ECS consist of endocannabinoid receptors (CB1 and CB2), endogenous ligands, enzymes, and cannabinoid antagonists.

As you may already know, CBD does not bind to the CB1 or CB2 receptors like THC does. Instead, CBD interacts with different non-cannabinoid receptors and ion channels. CBD binds to various non-cannabinoid receptors to generate and deliver therapeutic and medical benefits. The delivery of these benefits can be experienced by individuals with endometriosis. CBD and endometriosis have been studied for years to discover how this cannabinoid and the ECS can help treat this female disease.

Furthermore, one study reported the following about endometriosis and the body’s ECS:

“…the endocannabinoid system contributes to mechanisms underlying both the peripheral innervation of the abnormal growths and the pain associated with endometriosis, thereby providing a novel approach for the development of badly-needed new treatments.”

The pairing of CBD and endometriosis is quite unique. This is especially because CBD can help deliver analgesic, anti-inflammatory, and other related medical benefits to endometriotic women. Also, when CBD is consumed, it may be able to help treat ECS imbalances. This can be particularly useful for women struggling with painful endometriosis who may have an ECS imbalance.

Although millions of women live with endometriosis, they do not have to live with chronic pain and inflammation. Instead, they can learn more about CBD and endometriosis, and give this cannabinoid a chance as being a natural remedy.